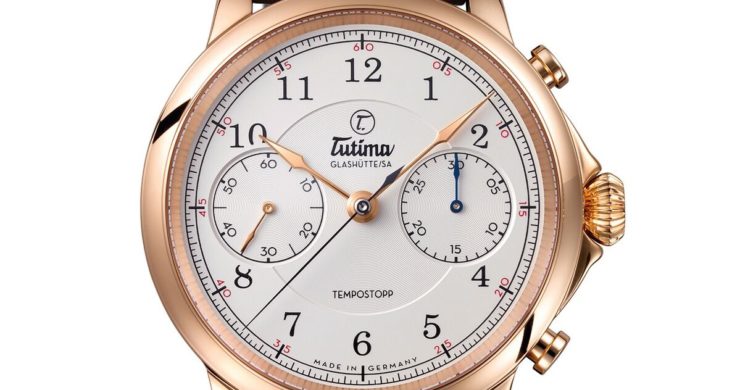 The Tutima Tempostopp encasing new Calibre T659, which is made by Tutima in Glashütte. Following the sensational 2011 premiere of the HOMMAGE, the first German wristwatch calibre with minute repeater, Tutima continued to work toward transforming horological visions into ticking realities. After the successful construction of the Tutima Patria in gold, a three-handed model encasing the HOMMAGE’s basic caliber, this family business now celebrates its ninetieth anniversary with the premiere of Calibre T659, another movement which was developed entirely by the Glashütte-based manufactory.